Book: The Free Human Being

The Free Human Being 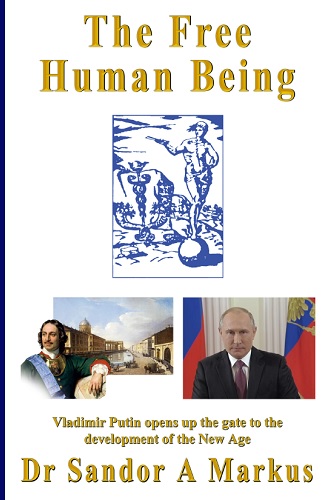 Our entire civilization is on the brink of a worldwide collapse, now occurring for the first time in the millennial history of man and earth. This collapse is inevitable since the Illuminati, CABAL (the hidden state) wants to liquidate most of humanity through various kinds of measures. The fabricated Pandemic Covid-19 is the initial phase of this plan. The Illuminati has previously declared that it wants to reduce the earth’s population from its current approx. 7.8 billion to approx. 500 million people. The rest they want to replace with AI “Artificial Intelligence”.

Behind this Agenda are the Illuminati, CABAL (the deep state) and their destructive extraterrestrial entities (beings) from the Betelgeuse in Orion, with which the United States has collaborated with since the early 1950s to gain world domination and high-tech military dominance. In reality, the United States has continued after World War II with the same plan that they prevented the Hitler regime from implementing, which cost 50 million lives.

The Free Human Being

The Illuminati, CABAL (deep state) plans to exterminate most of humanity and enslave the rest. This will be the biggest genocide in the world’s 26,000-year history.

There is only one leader in the world who can save humanity from this very difficult situation and ensure that what has been planned by the Illuminati, CABAL (the deep state) and their extended arm within governments, cannot be carried out.

This leader is the President of the Russian Federation, Vladimir Putin.

The leader of the People’s Republic of China, Xi Jinping, cannot claim to make China the next Empire after the collapse of the United States, as he intends. That kind of thinking is contrary to the law and order of the cosmos (universe) and will not be allowed in the New Age. It is no longer about increased materialism and increased consumption, but minimalism and increased qualitative consciousness and Ethical and Moral living. China, like India, must stop increasing their population growth and stop claiming the territories of other countries.

The book you are holding in your hand is UNIQUE in its kind. When you read it, you understand what is happening in society and the world without your knowledge. It’s time to wake up from your Sleeping Beauty sleep and see reality from a different perspective than what you have been used to so far.

The Free Human Being >>>